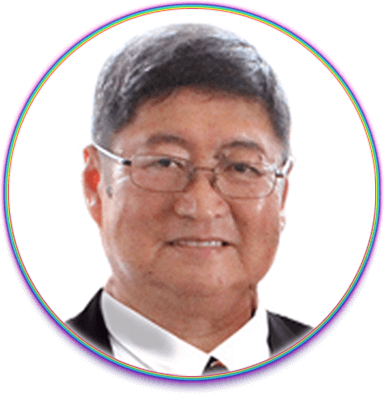 A message from the President/CEO of CGS Solid Aircon and Refrigeration Inc.

Through the years of strong partnership with customers, suppliers, and employees, CGS Solid has built a reputation as one of the leading air conditioning companies in Central Luzon.

Since the founding of our company in 1981, we have been carrying out all our actions following our basic management mission-vision statement, to become the “Center of Excellence” and be the “Market Leader” in Central Luzon and other nearby provinces.

We must push our limits and go beyond in order to accomplish high-quality services to assure a solid and robust business foundation to exceed customer satisfaction.

Gaining the trust and loyalty of our customers is integral to everything that we do. At CGS Solid, we aim to provide the top quality products and services that meet customer satisfaction in accordance to ISO 9001:2015 standard.

CGS Solid Aircon & Refrigeration, Inc. also provides Third Party Services on Food and Laundry Equipment, and, Refilling and Brand New Fire Extinguisher and Safety Equipment through its affiliated companies, CGS Solid Service Provider Inc. and CGS Safety Systems, Inc. With these, a complete package of services can be offered to our customers, and given the strategic location of our branches, customers can easily reach us.

We are looking forward to see and serve you by delivering the best products & services to you, your friends and your family.

Mt. Pinatubo eruption became a blessing in disguised to the young company has it continued to expand and had it other branches in Angeles, Baliuag, Tarlac, Malolos, and Bataan.

Solid General Enterprises was incorporated and was registered as CGS SOLID Aircon and Refrigeration, Inc. 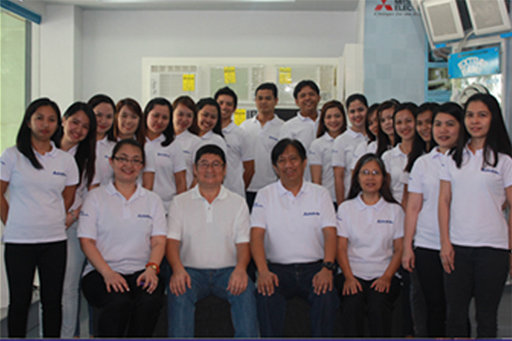 CGS SOLID AIRCON AND REFRIGERATION INC. started as an enterprise named as SOLID GENERAL ENTERPRISE in October 1981. It started as a single proprietorship under the name of Mr. DANILO M. GOMEZ its line of  business is car air-conditioning services and sales of parts. Solid General Enterprise became progressive and well known car air-conditioner service center in town of San Fernando Pampanga, and by the year 1994, it was expanded and the 1st Branch was located in Dolores, City of San Fernando Pampanga. Every year, it opens a new branch. The 2nd branch was opened in February 1995 in Baliuag, Bulacan, Bulacan; 3rd branch was opened in 1996 located in Angeles City. From then on, they focused on each branches and improved the quality of service they offer for the satisfaction of the customers. In the year 1997, they tried to open an experimental branch in Olongapo City in which it formally became their 4th branch.

In May 1999, Solid became a corporation that they changed its name into CGS Solid Air-Conditioning & Refrigeration, Inc. CGS signifies the last names of the three owners/builders of Solid Gen. Enterprises (Caylao, Gomez , and Santiago). The 5th branch was opened in the year 1998 and located in Tarlac. All the branches have the same process of selling of parts and services. Solid became the root of car aircon distributor in the rest of the Region III.

CGS continue to progress and in the year 2000 they decided to add in their line of business sales and installation of window type, split type & package type air-conditioners. On the same year, RAC Branch was opened and it is located in San Fernando, Pampanga and another branch located in Malolos, Bulacan. And in February 2002, another branch was opened in Balanga City.

As of December 2017, the company has seven branches and 2 affiliated companies. The company’s employees now have more than 20 management staff and more than 60 air-conditioning mechanics. CGS is also involved in providing third party services wherein they are the subcontractors of Technolux Food Equipments that provides technical services for food chain machines like Mc Donalds, Jollibee and a lot more.

Your specialist in Car,
Residential and Commercial Aircons

Complete in parts and services

Please don’t hesitate to contact us below are the following inforamation: